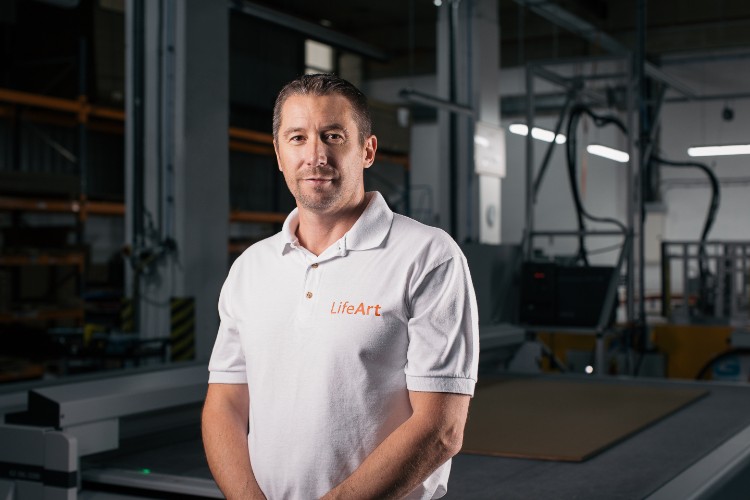 Simon Rothwell, LifeArt UK’s former Chief Executive, has taken up a new role as our Environment and Corporate Affairs Director.

The move follows the recent appointment of Kevin Crute, previous Head of Funerals at Central England Co-op, as LifeArt UK Chief Executive. Kevin’s appointment comes after a year of sustained growth for LifeArt amongst independent funeral businesses and co-operatives in the UK.

As the world’s leader in manufacturing personalisable, low emission coffins and caskets, we operate factories in Australia, Hong Kong and the UK.

Mr Rothwell’s new role is aimed at deepening our policy work with Government and academic institutions and builds on research commissioned by LifeArt in the UK and Australia into the effects of burning different types of coffin materials.

Our findings show that if the entire UK funeral market switched from chipboard and MDF to LifeArt coffins, the annual environmental impact would be equivalent to taking 110,000 cars off the road and felling 118,000 fewer trees.

Mr Rothwell will also continue his relationship-building programme with funeral directors, as we seek to usher in a new generation of cleaner coffins and caskets across the UK in an attempt to tackle the climate emergency.

Of the new role, Mr Rothwell said: “Interest in reducing greenhouse emissions across all sectors of the economy is growing massively and the funeral industry is no different. Independent testing work we’ve carried out shows chipboard and MDF coffins are problematic in terms of global warming and air pollution. I’ll be working with the leading trade associations and Government departments like Defra to bring about much-needed change for the benefit of the bereaved families and the planet.”

He added: “I’m also confident that some of the country’s best-known funeral businesses and coffin manufacturers will come on board soon as concern about climate breakdown grows. In a very short space of time, we’re looking at a fundamental shift in the types of material used in coffins in the UK.”

Commenting on the changes, LifeArt International Executive Chairman Mike Grehan said: “With Kevin Crute in place as Chief Executive and Simon leading on the environment and corporate affairs work, we have a winning team at LifeArt in the UK. Simon’s achievements with funeral directors and crematoria have been truly remarkable. I’ve no doubt that his drive and tenacity will ensure LifeArt leads the transformation of the coffin market in the UK in 2020 and beyond.”

LifeArt coffins and caskets have been shown to produce up to 87% less greenhouse gas emissions during cremation than chipboard or MDF and use up to 80% fewer trees during manufacturing.